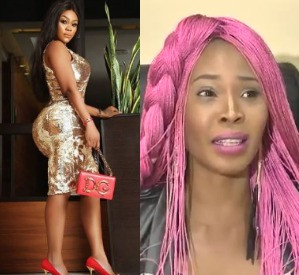 It appears the last has certainly not been heard in the sex scandal involving clergyman, Apostle Johnson Suleiman, Stephanie Otobor and actress Daniella Okeke.

Last night, Daniella in a post she posted and then deleted on her IG page, gave Stephanie 24 hours to come out and state the truth.

Recall that Stephanie at a press conference in March 2017, alleged that during one of her intimate times with the clergyman, he allegedly told her that one Daniella Okeke, an actress, was one of his ex-girlfriends who he had threesomes with. At the press conference, she said that Apostle Suleman doesn’t eat much and that he loves sex a lot. Read here.