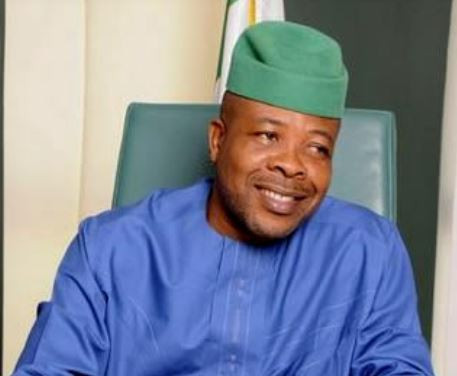 The Governor-elect of Imo State, Emeka Ihedioha has accused the officials of the state government of attempts to blackmail him.

At a press conference on Saturday in Owerri, the chairman of the Governor-elect’s inauguration planning and handover committee, Chris Okewulonu said that the outgoing governor, Rochas Okorocha, had not assisted the committee towards ensuring a seamless inauguration ceremony.

Okewulonu said, “In the course of our work, we met thrice with the outgoing government’s team, believing that issues agreed upon will be strictly adhered to in their implementation. But unfortunately, the reverse proved to be the case.

“Rather, we have taken note of deliberate attempts by some hirelings of the state government to blackmail the incoming governor with baseless and spurious assertions. In the last couple of weeks, the mass media have been awash that N150m was released by Governor Okorocha to the incoming governor to assist in the inauguration planning…