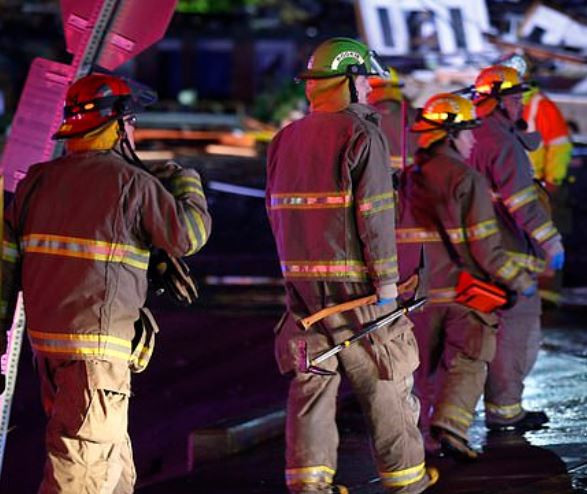 At least two people have died after a tornado ripped through a hotel in Oklahoma. The American Budget Value Inn in El Reno was torn apart last night, with witnesses saying people are being pulled from the rubble.

A nearby mobile home park in the path of the twister was also destroyed. The total death toll it is not yet clear, while City mayor Matt White did confirm the two deaths at the hotel.

‘We have absolutely experienced a traumatic event here in El Reno. We had an incident where a tornado hit a mobile home park, a hotel and several business(es)’ Mayor White told ABC News.

There are unconfirmed reports that suggest a further 17 people are missing from the second floor. The tornado is believed to have touched down near to the junction of the Highway 81 and Interstate 40 to the south of the city.