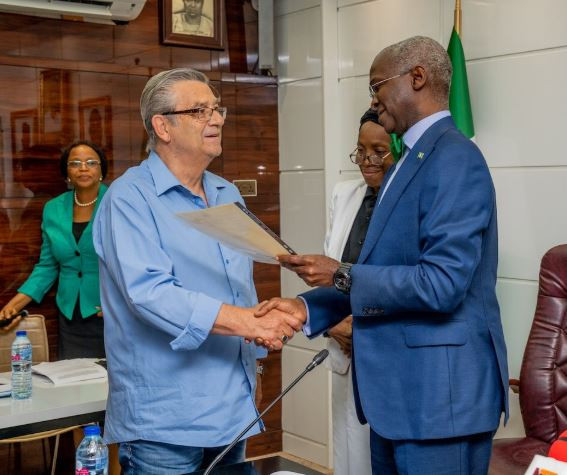 Today, the federal government redeemed a 25-year pledge when it presented documents of the apartment promised to Clemens Westerhof, former Super Eagles’ chief coach, for leading his team to world glory in 1994.

Babatunde Fashola, the minister of power, works and housing, who made the presentation on behalf of government, said it was regrettable that a promise took so long to redeem.

“It is unfortunate that this is a promise that has taken us so long to redeem. But it is indeed better late than never in this case,’’ he said.

Westerhof, a native of Holland, in 1994 led the senior male national football team to Nigeria’s second continental triumph. The team won the Africa Cup of nations (AFCON) at Tunisia, coming 14 years after the first triumph in Lagos in 1980. His team went on to shock the world at the 1994 FIFA World Cup in the U.S., where they lost in the second round 1-2 to Italy after extra time.

Fashola said Nigeria as a country and all…