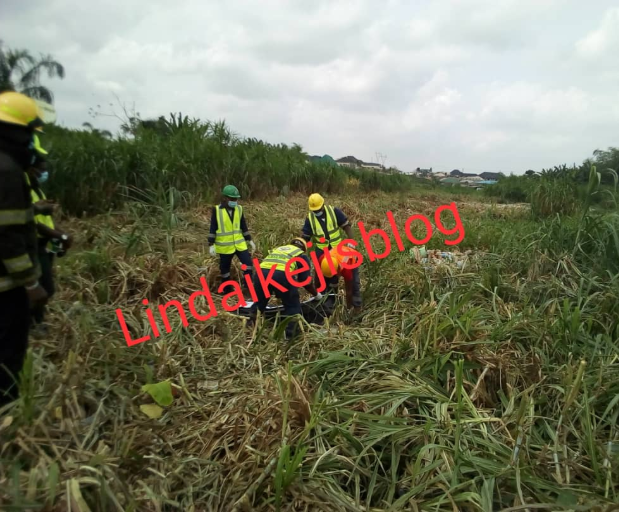 Footage showing the moment the body of Adewura Lateefa Belo was pulled out of a drain after she had been missing for days, has been obtained by LIB.

26-year-old accountant, Adewura left her office on May 15 and called her family when she was close to Gowon Estate where they live to inform them that she was almost home. But she never made it home. A missing person tweet was shared by her family and a search began.

LIB readers later hinted that a bike man carrying a woman suffered a mishap close to an open manhole and the women fell into the canal through the open drain, while the bike man was arrested for not heeding warnings to avoid that route.

Days later, the family of Lateefa revealed she was the one who fell into the canal and she didn’t survive it as her body had been in there for days before a search was conducted.

Videos showing the search for Lateefa’s body and the moment she was found has been obtained. According to one of the men who made up the search…