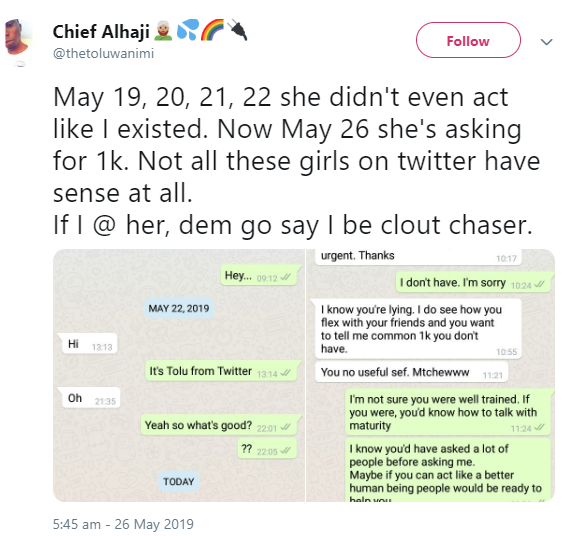 A Twitter user has shared screenshots of messages he allegedly exchanged with another Twitter user who begged him for money.

According to the man’s tweets and the screenshots shared, the man had been trying to chat with the woman privately but she kept ignoring him. Then she eventually replied begging him for money and when he refused, she blasted him for not giving her the sum of ?1,000 she asked for.

The woman has been called out by other Twitter users for having an entitlement mentality while some have accused him of faking the chat.