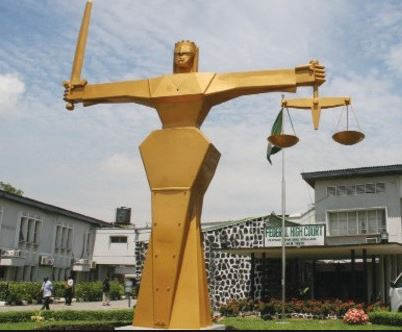 Inos Ndlovu, a Zimbabwean man who discovered that his brother’s wife was cheating on him, took the condom used in the act to a local court as evidence.

According to iHarare, Ndlovu, who is the younger brother of Edward Ndlovu, a miner became suspicious when he spotted a man leaving his sister-in-law, Nyarayi Chalisegela’s bedroom. When confronted, Chalisegela denied the allegation but Ndlovu entered her bedroom where he discovered a used condom and a man’s underwear.

He took these items and headed for a local court. Meanwhile, Chalisegela allegedly tried to bribe him with a bucket of maize.

The court secretary, Fanuel Mhike while describing the incident that happened said, “We are dealing with a case where Edward Ndlovu’s younger brother Inos spotted a used condom on the couple’s bed and men’s underwear on the floor. Inos confiscated the evidence and gave it to the Chief’s office. She tried to bribe him with a bucket of maize but he…