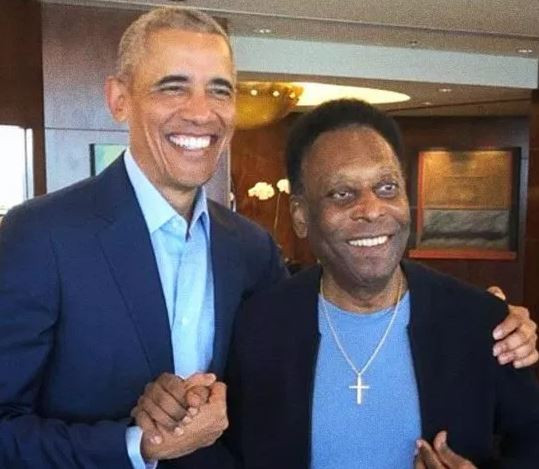 Football legend Pele met with former US president Barack Obama in Sao Paulo on Thursday where the pair discussed how “to make the world better”.

Making his first major public appearance weeks after a surgery to remove a kidney stone, a healthy-looking Pele smiled and clutched Obama’s hand as they posed for a photo.

Pele shared the photo on social media saying, “met with President Obama while he was in town. We spoke about how to work together to make the world better. Happy we are on the same team.”

Benue Governor, Samuel Ortom and others test negative to Coronavirus

I wanted to use it for experiment