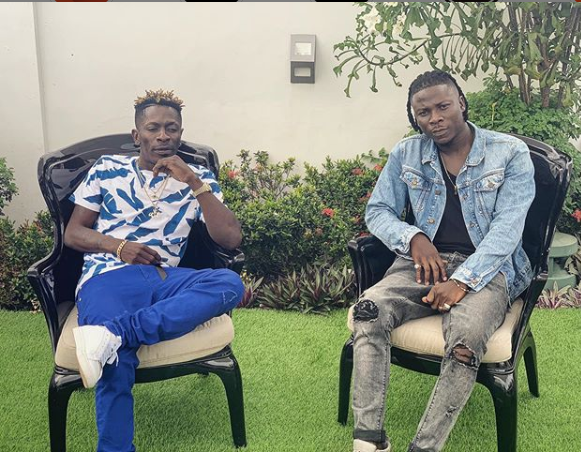 Ghanaian artistes, Shatta Wale, and Stonebwoy have finally squashed their beef after they met for peace talks following their public brawl at this year’s Ghana Music Awards.

The pair were pictured together on Thursday after resolving their issues during a meeting with an influential personality.

Shatta Wale shared the photo on his social media handles, with the caption;

“Unity is strength, Love is the key to many doors, Brotherhood is Loyalty, Peace is Freedom .. My brother and I got a great vision for Ghana music and we taking it to the world .. @stonebwoyb” Shatta Wale wrote.

Stonebwoy also shared the same photo and wrote: “IF it be Possible As Far It Depends On You, Live Peaceably With All Men..
Romans 12:18

The Wise Shall Inherit Glory..
But Shame Shall Be The Promotion Of Fools..
Proverbs 3:35”