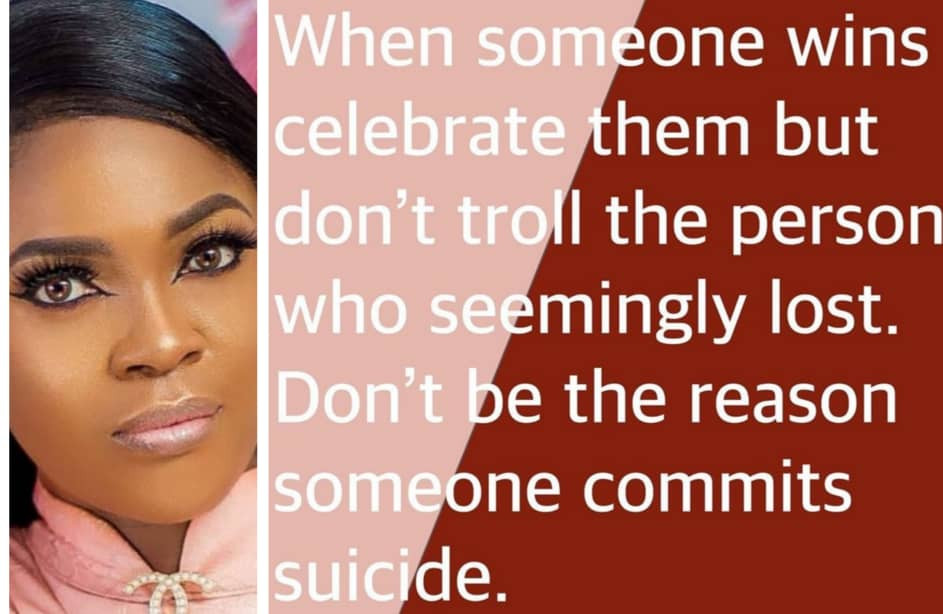 Omoni Oboli has advised Nigerians to desist from the habit of trolling people on social media.

The actress and producer stated this after some Nigerians attacked Adeniyi Johnson after his ex-wife, Toyin Abraham got engaged and welcomed a son with her hubby, Kolawole Ajeyemi.

Omoni posted the screenshot above on her Instagram page and wrote

I understand celebrating a winner or someone who has had something amazing happen to them but if there’s someone or other people at the other end of that win, leave them be! Let’s be gracious guys. Making people who are perhaps feeling bad feel worse is ugly and God don’t like ugly. Some people are not as strong as you think they are. Don’t be the reason someone commits suicide. Let’s be guided”.

“He knows something” Facebook users call on police to investigate a man after he dropped a hint while gloating over the death of Uwa...