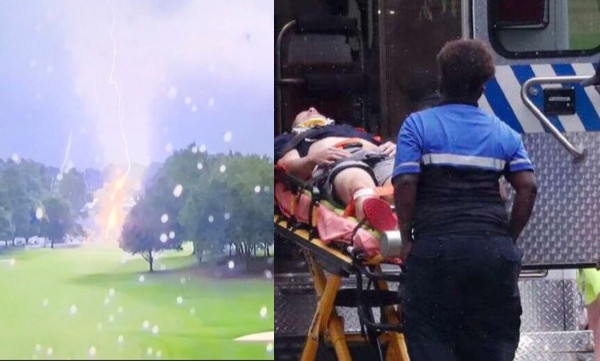 The PGA Tour Championship in Atlanta, United States was called off after six spectators were injured as a result of lightning strikes on Saturday August 24.

The sad incident occurred after a 60-foot pine at the Tour Championship was struck by lightning which shattered the bark all the way to the bottom. The injured victims include four adults and one female juvenile who had sought shelter beneath the tree after the PGA Tour event was suspended for about 30 minutes because of storms in the area.

“One strike occurred near the maintenance area, while another struck a tree near the 16th tee. Debris from that strike injured six people” the organizers said in a statement.

The five individuals were transported to area hospitals after being treated by paramedics while one was treated and released on-site. The injuries did not appear to be life-threatening, the statement added.

I should sue Jude Okoye, if he said I owe him then he didn’t do his job well