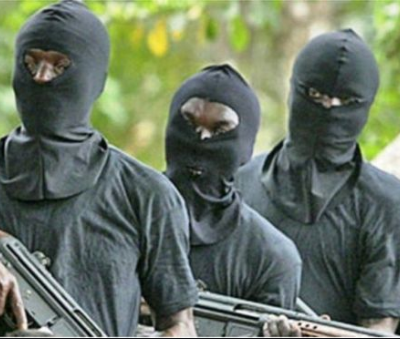 The two clergymen were said to have been kidnapped on Benin-Owo Expressway at Elegbeka area of Ose Local Government Area of Ondo State, on their way to Akure, the state capital, for a wedding ceremony, on Friday evening.

According to reports the two priests and other guests of the wedding ceremony were said to be coming from Awka, the Anambra State capital.

“The two catholic priests, who were coming from Awka Diocese for a wedding ceremony in Akure, were kidnapped around Ajagbale, Elegbeka axis yesterday (Friday).

“Some members of the bridal train were coming in a convoy with the reverend fathers but only the cars carrying the priests were stopped by the suspected kidnappers and they dragged them out of the cars and took them to an unknown location.

“They didn’t even disturb others, their phones were not even collected, they…

Football star Mamadou Sakho falls victim to burglary as gang of thieves steal £500,000 of valuables at his home

Stop calling us NEPA, it shows you don’t want electricity

#MamadorBreakfastSeries – AskDamz and NELLIES Dish out Some Healthy Breakfast Recipes You would Love to try at Home!