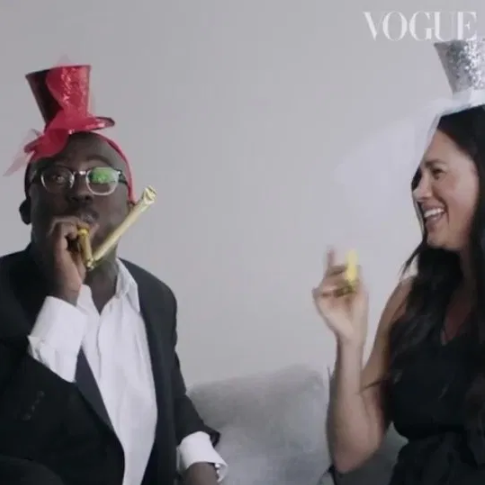 Meghan Markle has released unseen footage that shows the behind-the-scenes on the time she worked as guest editor of British Vogue.

The Duchess of Sussex became the first guest editor in history of British Vogue’s September edition last year, bringing together her 15 most inspirational women for the front cover.  The edition went on to be the fastest-ever selling issue of British Vogue. It sold out in 10 days, becoming its biggest seller of the past decade.

The Duchess of Sussex took to Instagram to share a behind-the-scenes video. In the video, Meghan got together with editor-in-chief Edward Enninful to talk about how the project came to be and celebrate its success with glittery party hats.

Sitting on a grey sofa in the magazine’s London headquarters last August, the pair reminisced about how the project began with a simple text message the previous January.

Meghan tells the editor: “I wanted to see if you would help me with Smart Works [the Duchess’s…

Laura Ikeji and her husband, Ogbonna Kanu welcome their second child together