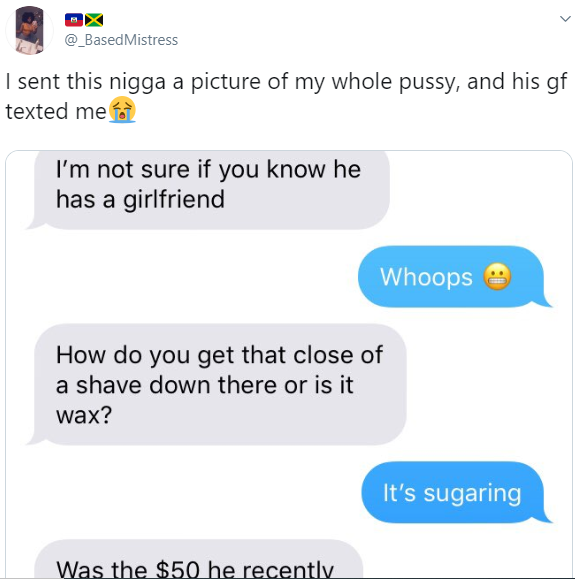 A woman has shared a screenshot of the text a man’s girlfriend sent to her after she sent him her nude photo.

@_BasedMistress said she sent the man a photo of her ladybits and it was his girlfriend who texted her back to let her know he has a girlfriend.

The rest of the chat didn’t quite go as expected and it ended with the girlfriend asking her for hair removal tips and telling her that she’s open to polygamy.