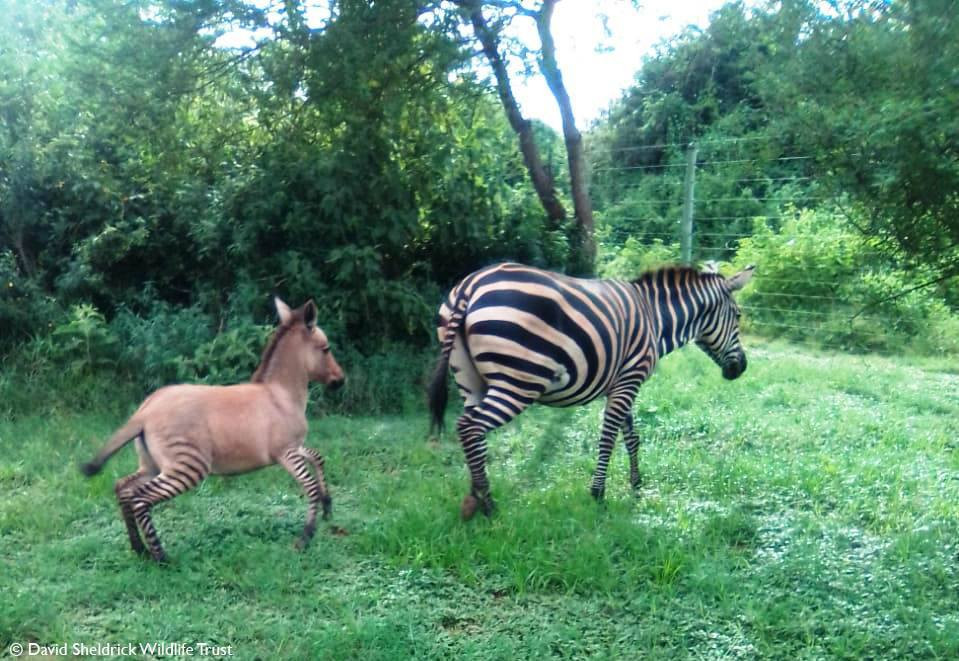 A wildlife organization in Kenya has announced the birth of a “Zonkey” which came after its mother, a Zebra mated with a donkey.

The stray Zebra began an amorous affair with the donkey after it ventured out of the Tsavo East National Park, into a community bordering the park. It became an honorary member of a local woman’s cattle herd before Sheldrick Wildlife Trust (an organisation that works to rescue and rehabilitate animals in Kenya), were called in to relocate the wildlife into a protected area.

The Zebra was transferred to Chyulu National Park, but her foal was only noticed few weeks ago as it has a gestation period of 12 months.

Working with wildlife, one learns to expect the unexpected. Even the most seemingly straightforward story can eventually reveal its true stripes and end up surprising us all.

Last year, our SWT/KWS Tsavo Vet Unit moved a wayward female zebra from community land back to a protected area. It…