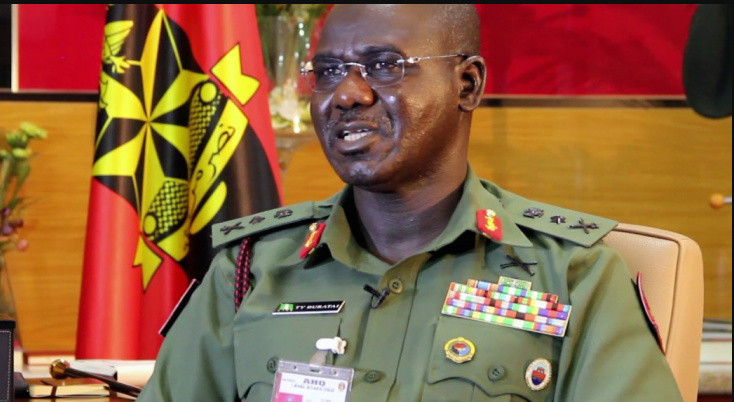 The Chief of Army Staff, Tukur Buratai has revealed that troops have killed 1,015 Boko Haram insurgents since April 4 till date.

The COAS disclosed this while hosting troops of Operation Lafiya Dole at an Eid-El-Fitr luncheon at Military Control and Command Centre in Maiduguri.

Buratai who revealed that artillery airstrike and blockage operations conducted by troops at the Tumbuktu Triangles around Sambisa has been greatly successful, further disclosed that some notable encounters since the commencement of the operation include that of Buni Gari, Gaidam, Minok, Dapchi, Baga, Dikwa, Awulari, Ajiri, Pulka, Ngoshe, Alafa and different parts of Sambisa Forest as well as Gajiganna.

He also said that a total of 84 high ranking members of Boko Haram logistics and informants were arrested within the period.

WHO react to TB Joshua healing a Coronavirus patient