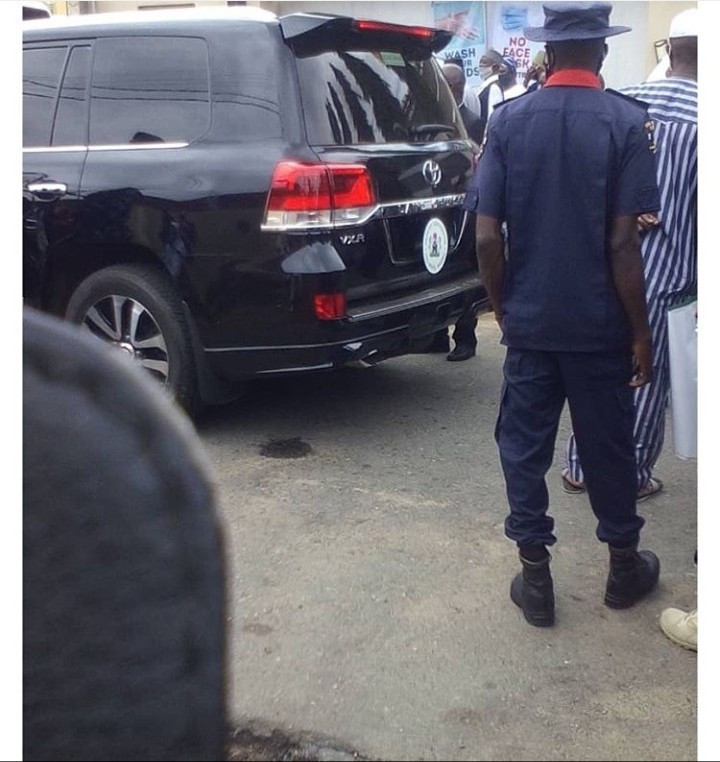 A delegation from the Oyo State government were prevented from entering the Oluyole residence of late former Oyo state governor Abiola Ajimobi, venue of the 8th day Fidau prayer for the deceased.

The delegation led by Oyo state deputy governor, Engr. Raufu Olaniyan, Barristers Abiodun Abdul-Raheem and Seun Ashamu, commissioners for land and energy respectively, were turned back at the venue by security operatives and it almost resulted in a confrontation.

According to The Nation, Engr. Olaniyan arrived the residence at about 11:20 am in a convoy of five vehicles. On getting to the gate of the road leading to Ajimobi’s residence, the convoy was stopped by policemen and members of other security agencies manning the gate. They insisted that only the deputy governor’s vehicle could be allowed into the street to join the prayer.

The publication added that deputy governor’s security details initially rebuffed the idea but when their argument was degenerating, a senior…