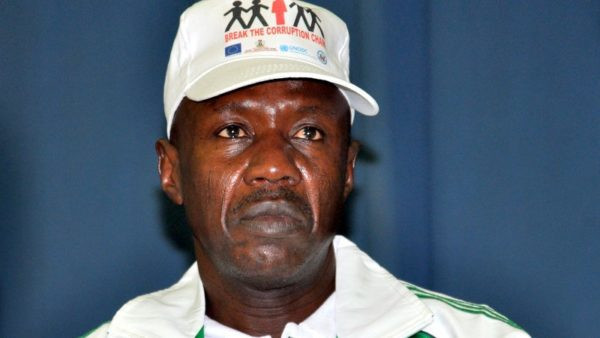 The suspended boss of the Economic and Financial Crimes Commission EFCC, Ibrahim Magu, has complained about the “unfortunate” handling of his investigation for alleged corruption, saying he has consequently been “paraded like a common criminal”.

Magu on Monday, July 6, appeared before the presidential panel investigating allegations of corruption leveled against him by the Minister of Justice and Attorney General of the Federation, Abubakar Malami.

Premiumtimes reports that Magu in a letter written by his lawyer, Wahab Shittu, and sent to the Presidential Investigative Committee on Friday, July 10, said he had not seen the petitions containing the allegations against him nor has the committee availed him with their terms of reference. The letter which was reportedly sent to the Committee on Friday, July 11, reads in part

“Mr Chairman, since the 6th of July when our client honoured your invitation, he has been consistently applying to the Committee to be given…

England-born Nigerian footballer, Jordon Ibe, 25, reveals he is ‘suffering from depression’ and is ‘in a dark place’