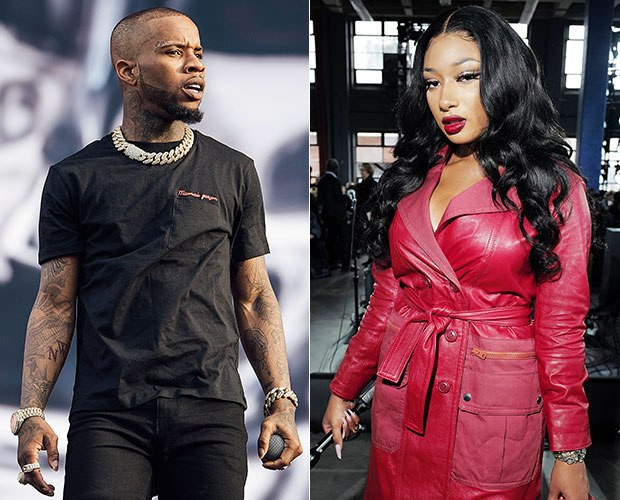 Canadian rapper, Tory Lanez has been named as the culprit who allegedly shot Megan Thee Stallion in the feet twice during an argument as she and her best friend Kelsey Nicole attempted to get out of his SUV following a fight at a house party in the Hollywood Hills.

TMZ claims Tory, 27, then opened fire inside the vehicle and it allegedly hit Megan in the feet twice.

In a footage obtained by TMZ, Megan can be clearly seen leaving bloody footprints as she limps away from the SUV when Police pulled them over and instructed the trio out of the car after a report that shots were fired early Sunday morning.