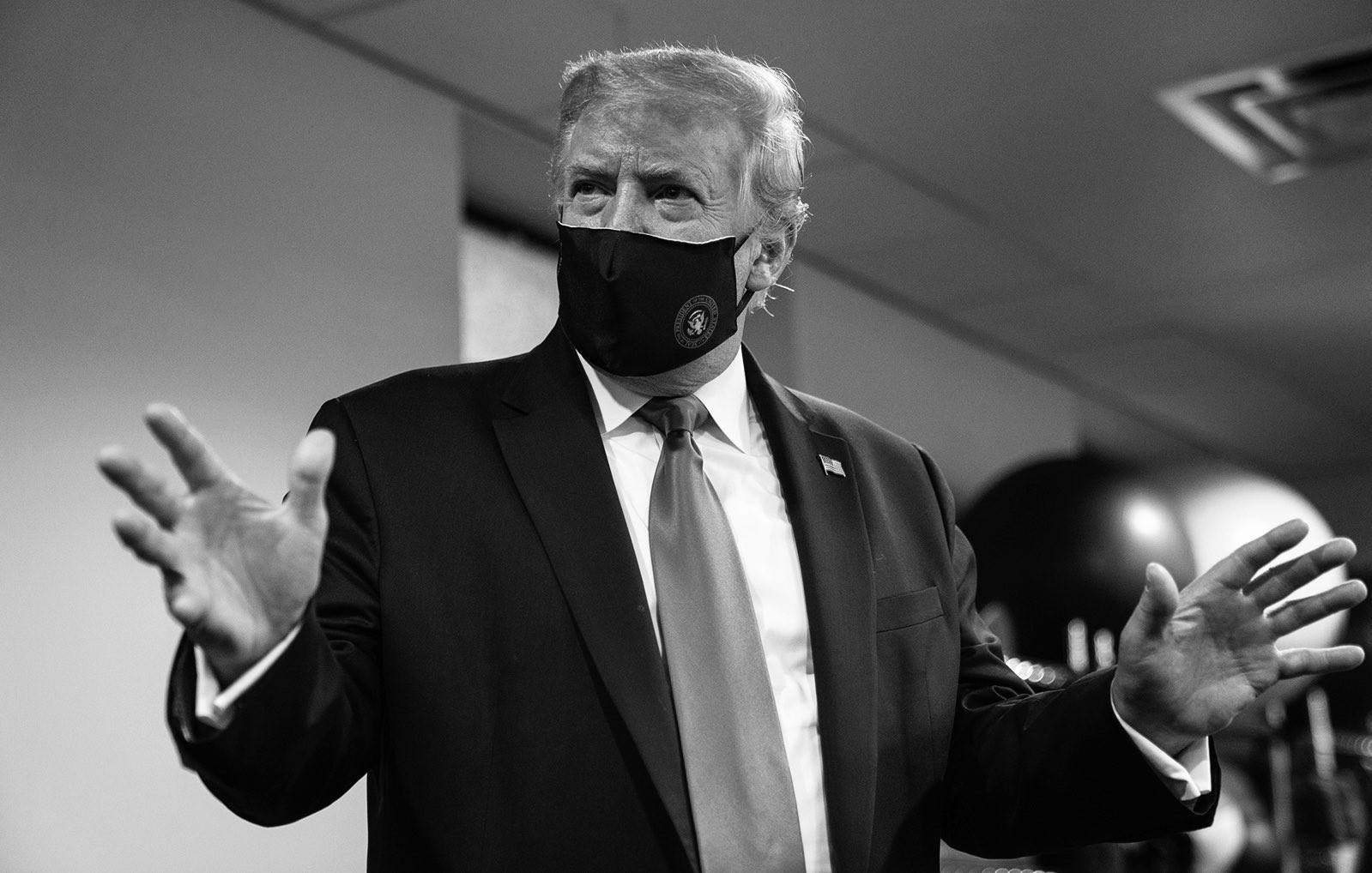 US President Donald Trump, tweeted an image of himself wearing a face mask and called the act “patriotic”, moving away from his well known reluctance to wear a facial covering in public during the Coronavirus pandemic.

According to reports, Trump’s decision to encourage mask-wearing was motivated by poor poll numbers, as majority of Americans don’t approve of the way he has handled the Coronavirus pandemic.

According to reports, Trump’s team tried to get Trump to wear a mask, saying they could have “MAGA”, “Trump-Pence 2020” or even the American flag printed on them but he refused and only wore a mask once in public.

His mind changed after a meeting with campaign aides at the White House last week, where they bluntly told him poll numbers showed Americans didn’t approve of his Coronavirus response.

“We are United in our effort to defeat the Invisible China Virus, and many people say that it is Patriotic to wear a face mask when…

If you’re insulting your parents because of Ferrari, they deserve it