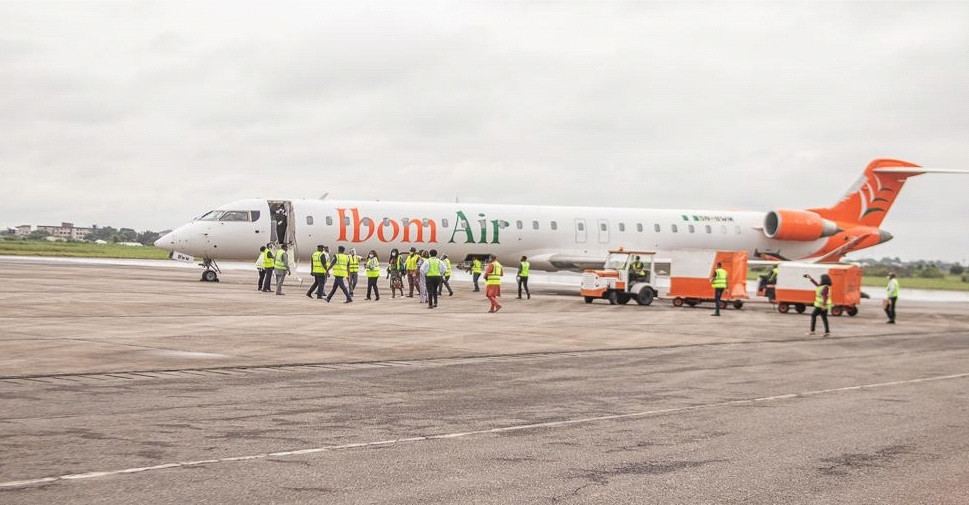 The Akwa Ibom State Government airline, Ibom Air made a historic touchdown at the Margaret Ekpo International Airport, in the paradise city of Calabar on Monday, July 20, 2020.

With this development, Ibom air will be operating the Lagos – Calabar & Calabar – Abuja routes, daily.

The airline, the first by any government in Nigeria has been in operation since June 2019, and has been operating flights from its base hub, the Akwa Ibom state capital.

Calabar is the fourth & latest destination of the airline (uyo, Lagos, Abuja & Calabar), with the sleek crj-900 bombardier fleet.

On board the inaugural flight were Former Governor of Cross River state, Mr. Donald Duke and his wife#, Mrs. Owanari Duke, comedian and Nollywood actress, Wofai Ewa, popularly known as Wofai Fada and a host of other eminent personalities from the Federal Airport Authority of Nigeria, (FAAN) Nigerian Civil Aviation authority and a host of others.

To receive the Inaugural flight was the…

Music producer, Superwozzy was arrested with charms and Indian hemp