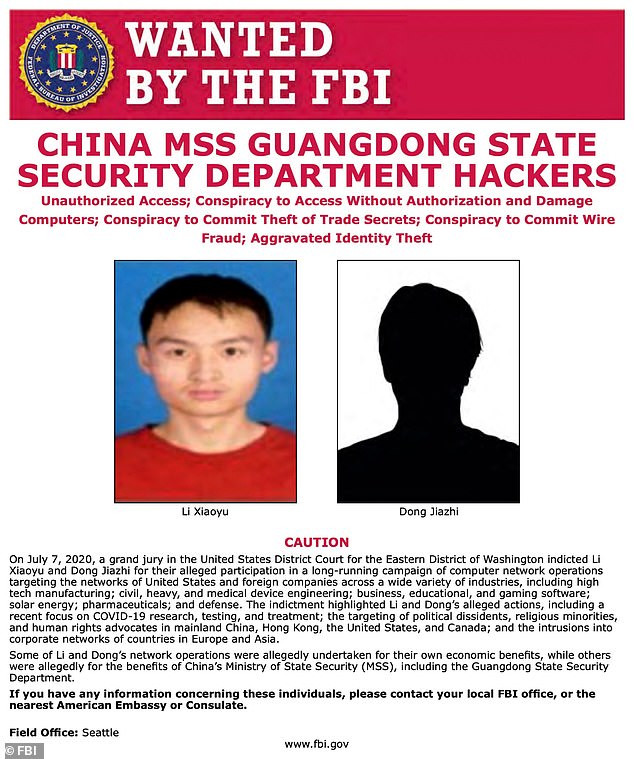 U.S. prosecutors have charged two wanted Chinese nationals linked to Beijing for their alleged involvement in a global hacking operation that targeted hundreds of companies and governments for more than a decade, stealing sensitive information.

The 11-count indictment unsealed on Tuesday, July 22, alleges Li Xiaoyu, 34, and Dong Jiazhi, 33, said to be working for China’s state intelligence bureau,stole terabytes of data from high-technology companies, around the world  including the United States, the prosecutors said.

The prosecutors accused the hackers of recently targeting the networks of over a dozen U.S. companies in Maryland, Massachusetts, and California developing vaccines and treatments for COVID-19.

The indictment comes just weeks after both the FBI and Homeland Security warned that China was actively trying to steal U.S. research data related to the coronavirus pandemic.

The hackers were first discovered after they targeted a U.S. Department of Energy…

Joe Biden says he will not do a drug test before presidential debate against Trump; Trump responds