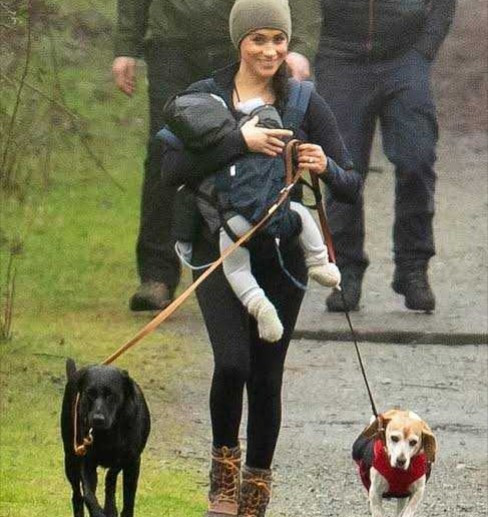 Meghan Markle is suing a picture agency over paparazzi photos of her walking her dogs with her son Archie.

The Duchess of Sussex claims her privacy was breached when the snaps were taken in Vancouver in January, and has launched legal action against Splash News.

The High Court in London heard on Thursday afternoon, September 3, that Meghan claims her and her son’s privacy was invaded during the incident and that data protection laws were broken when the photos were sold to British newspapers.

Barrister Jonathan Barnes, representing Meghan and her son, told the hearing she denies suggestions that she agreed to the pictures being taken or “acquiesced” when she saw Splash photographer Steve Dennett.

“They were papped in this location,” he told the court.

“The photographs which are the first stage of the wrongful conduct we complain about took place in Vancouver.”

He said his client argues she and her son, eight months old at the time, were walking on a…

“Born to be my king” Ifeanyi Adefarasin celebrates husband, Paul Adefarasin, on his birthday