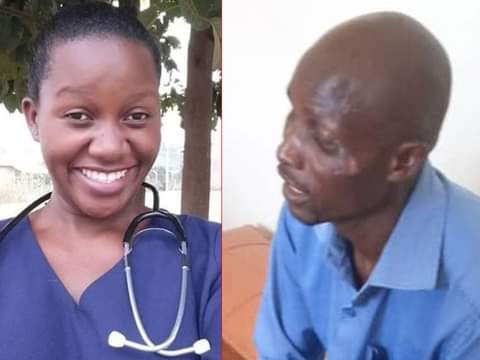 A Ugandan man has been sentenced to 17 years in prison for killing his wife over alleged extra-marital affair.

Simon Shimanya, who confessed he killed his 32-year-old wife and former nurse at International Hospital Kampala, was sentenced on Wednesday, September 2.

The Chief Magistrate of Nabweru Court in Wakiso District, Ms Patricia Amoko, jailed Mr Shimanya, reasoning that the manner in which he killed the deceased using an axe was traumatic and gruesome.

Mr Shimanya was arrested on August 12 from Isingiro District and charged with manslaughter in connection with the August 1 violent murder of nurse Violet Kakai at their home in Bbumbu –Kiteezi, Wakiso District. The 40-year-old teacher admitted using an axe to hack his 32-year-old wife and mother of three to death.

During the sentencing of Mr Shimanya, the Chief Magistrate held that the accused caused a severe head injury that led to death of his wife.

“The degree of injury and the weapon used in killing the…

At least one dead as youths clash in Aguda, Surulere; police arrest suspects

The federal government is portraying itself as the defender of herders