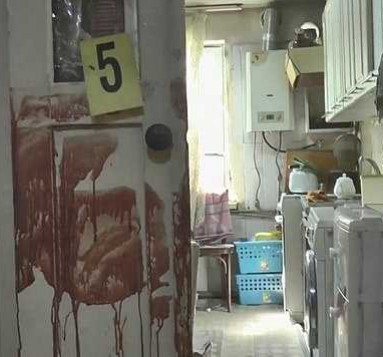 A plumber in Kazakhstan allegedly butchered his client after she asked for a discount, before brutally stabbing her mother and neighbour.

The 43-year-old man, whose name has not been disclosed, reportedly stabbed paramedic Inna Murzaeva, 32, to death. He also attacked her mother and their male neighbour who had tried to protect the women.

Inna died on the spot. Her mother and neighbour remain in a critical condition and the plumber has been arrested.

The horrifying incident occurred in the city of Almaty, in the north-eastern part of the country, on September 4.

According to reports, Inna invited the plumber to her apartment after finding him online.

Negotiations between the two of them degenerated into a quarrel after Inna asked the man to lower price for his service.

The argument got out of hand and the plumber pulled a homemade knife from his pocket and attacked Inna and her 63-year-old mother, reports said.