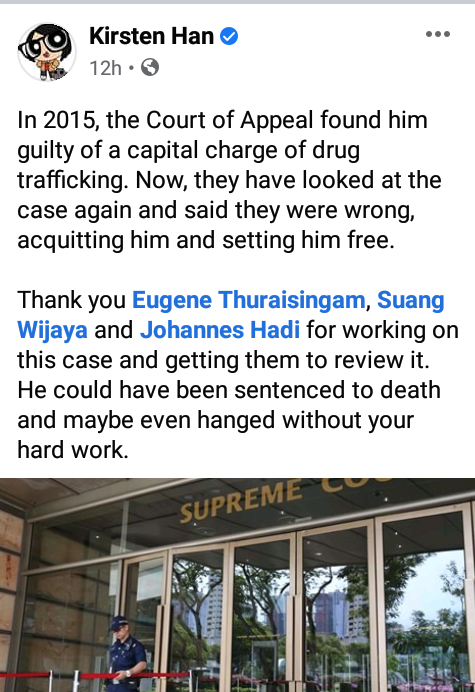 In a rare move, the Singapore’s Court of Appeal on Thursday September 17, reversed its own decision to convict a Nigerian man of a capital drug trafficking charge, almost a decade after he was arrested and held in remand.

Ilechukwu Uchechukwu Chukwudi faced a charge of trafficking almost 2kg (1,963.3g) of methamphetamine found in a black trolley bag he took with him from Nigeria into Singapore  in 2011.

The four appeal judges found that he had suffered from post-traumatic stress symptoms arising from a childhood trauma when he gave statements to the Central Narcotics Bureau (CNB) in 2011. This could have led to him giving “unsophisticated and blatant falsehoods” to the authorities.

Ilechukwu was acquitted after a trial…

Our assets in Calabar have been vandalized