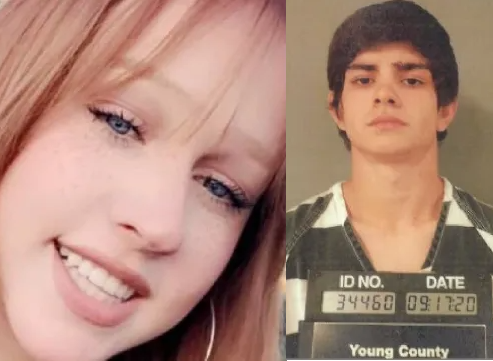 A teenager accused of killing his pregnant 19-year-old girlfriend has claimed he was just “playing around” with a gun when it went off and shot her.

Gage Gillentine, 18, has been charged with murder after allegedly killing Klowie Moore, 19,  on Friday, September 11, in Graham, Texas.

According to a press release from the Graham Police Department, Gillentine was staying at the Executive Inn, located at 1919 Hwy. 16. A representative with the Executive Inn said the two checked into the hotel on Aug. 16.

At 7:09 p.m. on Friday, Sept. 11, police received a call of a shooting in room 106. Moore was rushed by ambulance to a local hospital, where she died.

Upon an initial investigation, it was discovered that Moore was staying in the room with her reported fiancé Gillentine. Officers and investigators discovered Gillentine was in the motel room when the incident occurred. No arrest was made at the time but authorities said they considered the incident “suspicious.”

Rapper Pepenazi ties the knot with his girlfriend, Janine (photos)

We the ‘children’ will not shut up or respect you, respect is earned and none of you have earned it