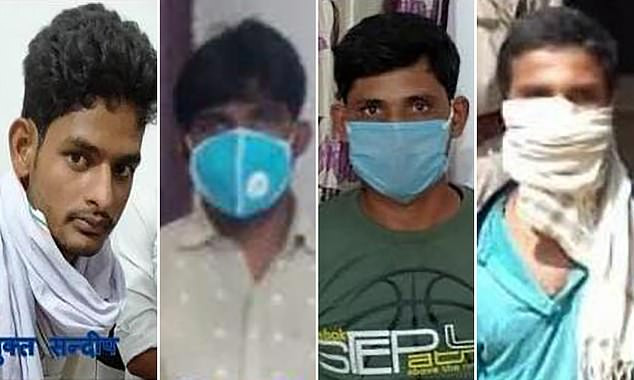 A 20-year-old woman has died two weeks after a horrific gang-rape by four men that left her paralysed with a broken spine in India.

The men reportedly attacked the woman near her home in the Hathras region, around 60 miles from Delhi, on September 14. The victim had been cutting grass near her home when she was dragged into millet fields where her attackers stripped and raped her.

The unnamed victim who had been on a ventilator in intensive care after the horrific rape attack died today. She was only yesterday moved from a hospital in upstate Uttar Pradesh to another one in the capital.

Speaking to NDTV,  the victim’s brother said: ‘My mother, sister and elder brother had gone to a field to get some grass. My brother went home earlier with a large bundle of grass, while my mother and sister continued to cut them.

‘The women were a little far from each other. Four-five people came from behind, they threw my sister’s dupatta (shawl) around her neck and dragged her…