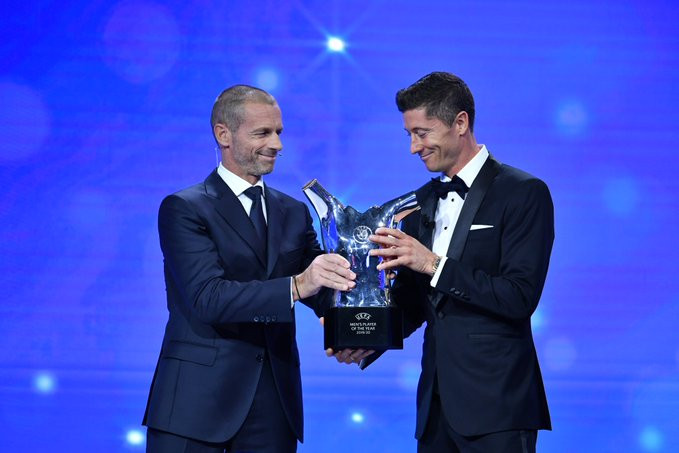 Bayern Munich striker, Robert Lewandowski has been named UEFA Men’s Player of the Year for 2019/20.

The Polish international, 32, who scored 55 goals in 47 games, including 15 in the Champions League, beat off competition from Manchester City midfielder Kevin De Bruyne and Bayern team-mate Manuel Neuer to emerged the winner.

The award was announced during the 2020/21 UEFA Champions League group stage draw in Geneva.

“I have to say it’s amazing,” Lewandowski said. “It’s amazing, if you work so hard and you get this trophy, it’s something special.

“I have to say thank you to my team-mates, coaches, all the staff because they work very hard every day to prepare me for the games and also to my family because they support me a lot.

“I’ve always dreamed of playing in the biggest stadiums at the biggest club in the world. I’m very grateful and very proud and very happy.”