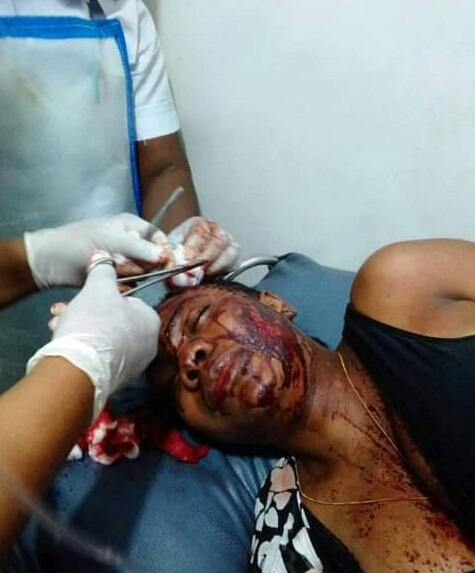 A woman who was accused of slashing her step daughter’s face with razor blade in Warri, Delta State, shared her own side of the story on Thursday, October 1.

It was gathered that the incident happened few days ago at N0 10 Okoro Close in Ugborikoko, Warri South. The step mother is said to be married to the victim’s father for many years without a child.

According to a report posted by a Facebook page, Warri Akproko, the woman allegedly attacked the victim identified as Mary and slashed her face with razor blade during a domestic disagreement. Mary was rushed to Island Hospital located along Ugborikoko road by good Samaritans.

However, speaking to the online news portal on Thursday, the step mother narrated what led to the incident and also attached photos showing injuries she allegedly sustained during the fiight.

She claimed that Mary insulted her, called her a witch, barren and threatened to kill her. In the cause of the heated argument, Mary allegedly…

Actor Clem Ohameze allegedly attacked by hoodlums who robbed him