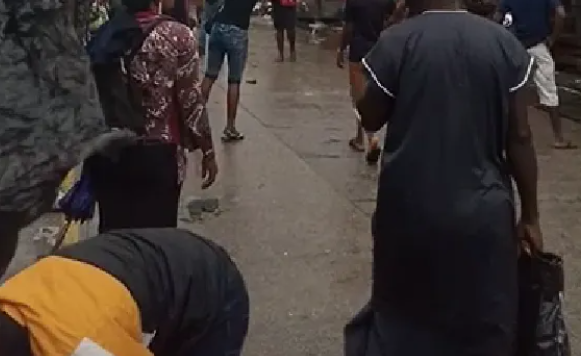 The Chief Priest of the Igbudu community in Warri South council area of Delta, Victor Alawuru, has been stabbed to death for allegedly impregnating a Muslim lady at Degbori Street in the Hausa Quarters axis of the community.

The Nation reports that the victim impregnated a ‘Hausa lady’, which did not go well with her Muslim parents, who are against the relationship based on religious differences. Some other residents in the area claim that the deceased was killed because he rejected the pregnancy.

It was gathered the deceased had gone for a festival on Degbori street when he was ambushed and stabbed by hoodlums reportedly from the Hausa enclave.

“The deceased was killed because a Hausa lady got pregnant for him. He allegedly rejected the pregnancy. The incident has brought serious tension,” a source claimed

“The hoodlums who are believed to be from the Hausa community attacked and stabbed him to death on Thursday. The Igbudu…