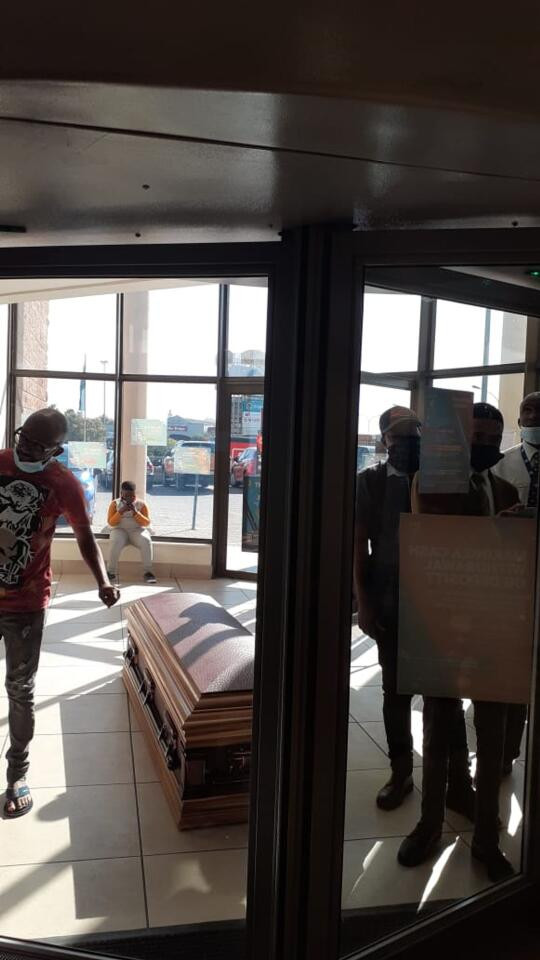 Angry family members of a deceased man who died in a shanty fire in Galeshewe, Kimberly, South Africa on Friday, October 2, took the body to a local bank after the bank did not pay out the funeral policy.

According to one of the brother’s of the deceased, Thabo Tshite, they had no other option as they already had made arrangements to bury their brother.

“Our brother died in the fire at about 2am on Tuesday. We immediately reported his death and also informed the bank. Our 70-year-old father is the policy holder and he was told what documents were required for the claim,” said Tshite.

Tshite said they followed all the procedures and completed the necessary paperwork timeously in order for the claim to be processed.

“The bank told us they wanted police clearance and all other necessary documentation. We submitted all the necessary documents on the same day. The bank said the payout would be made between 24 and 48 hours. We were relieved as we made it clear to them…