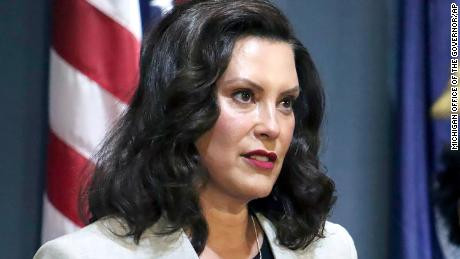 According to an FBI complaint Thursday, the alleged plot included plans to overthrow several state governments that the suspects “believe are violating the US Constitution,” including the government of Michigan and Whitmer.

Whitmer has been the target of multiple death threats after issuing stay at home orders to curb coronavirus.
In April, protesters and militia gathered at the state capitol for a rally telling her to lift her stay-at-home order.

At one point in the spring, armed protesters entered the state capitol, where it is legal to openly carry firearms, and demanded an end to Michigan’s state of emergency.

The FBI became aware of the plot to kidnap Whitmer in early 2020 through social media and have now listed the group of individuals.

The six individuals charged in the Western District of Michigan with…

2020 has been very interesting with lots of hills and valleys