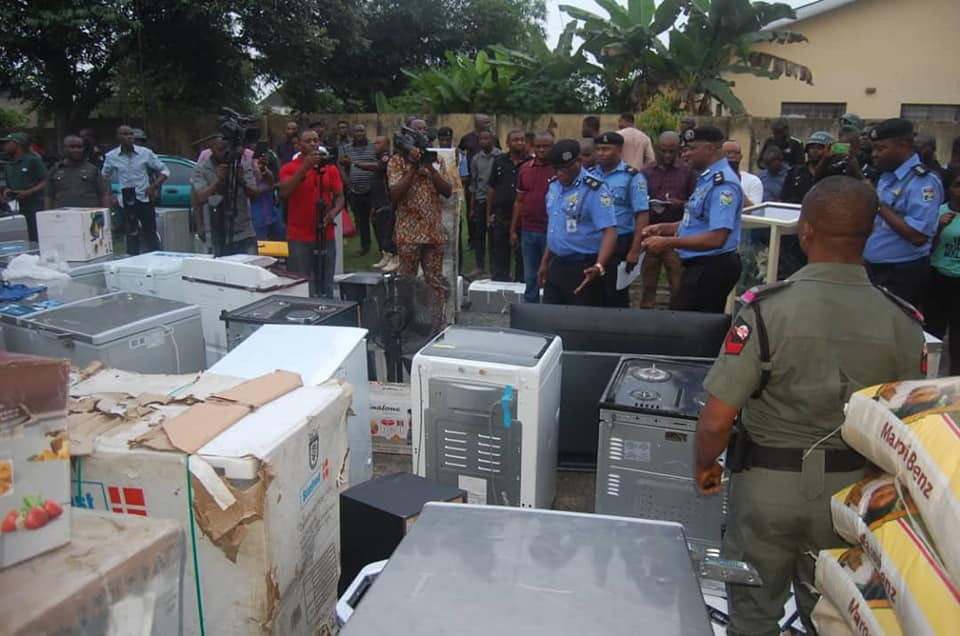 The Akwa Ibom State Police Command has arrested ten suspects who took advantage of the #EndSARS protests to carry out wanten desctruction and looting of government and private properties in the state.

Briefing newsmen on Friday, October 23, at the command Headquarters in Ikot Akpan Abia, the State Commissioner of Police, CP Amiegheme Andrew said that the Command also recovered stolen properties worth millions of naira

“It is with a heart full of pains that I address you today. The events of the last 24 hours has given me and every concerned Akwa Ibomite a great course for concern. As the lead Agency in internal security, we have great respect for peaceful protest and we have acted professionally during its progression in the State,” he said.

“However, yesterday, some youths with evil intentions in the guise of # ENDSARS went about vandalizing, looting and burning some Government and private property including the Akwa Ibom State Broadcasting Corporation (AKBC), Anchor…