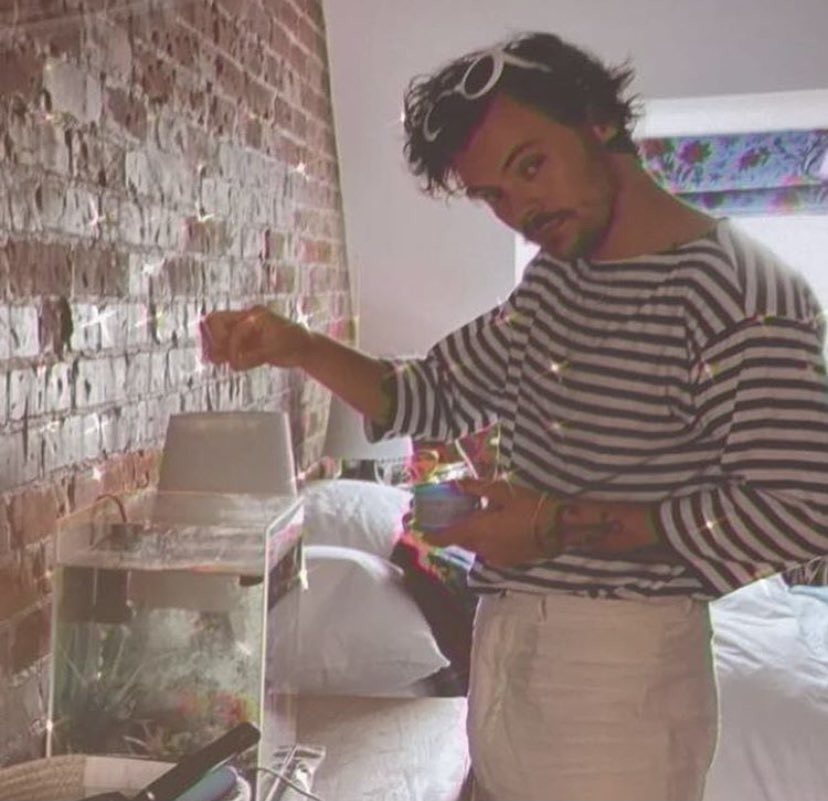 A fan of Harry Styles came home on Wednesday, Oct. 28, to find a note from the singer letting her know he was at her house and even went into her room to feed her fish.

According to superfan Theodora, Styles wound up at her house when his car ”broke down” nearby. He sought refuge at the nearest house and decided to make himself useful by feeding the fish and signing an autograph.

Theodora excitedly took to Instagram after she returned home to see Harry Style had been at her house.

She shared photos of the singer feeding her fish and the note he left her and wrote: “Just came home and found out who was house sitting…”

Harry’s letter to the fan reads: “Theadora, my car broke down on your street and your dad’s friend kindly let me wait at your house with a cup of tea.

“I’m devastated that we missed each other. Looking forward to meeting you soon.

He closed the letter with, “Treat people with kindness,” the title of a song on his most recent album, Fine…