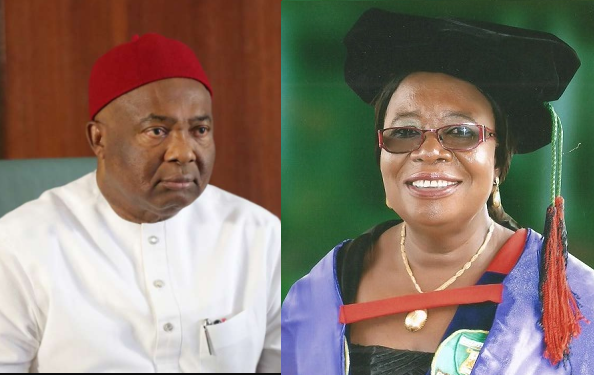 Imo State Governor, Hope Uzodinma, has sacked the Vice-Chancellor of Imo State University, Prof. Victoria Adaobi Obasi, and ordered a forensic audit of the higher institution amid allegations of monumental corrupt practices as reported by a panel.

The panel recently investigated the university’s activities between 2012-2019.

Oguwike Nwachuku, the Chief Press Secretary to the Imo State Governor confirmed her dismissal in a statement and said that the decision to sack Obasi was reached at an Executive Council Meeting chaired by the governor on Wednesday, December 16.

The Chief Press Secretary also disclosed that the VC who is an aunt to a former governor of the state, Rochas Okorocha, will officially vacate the position on December 30, 2020.

He further revealed in the statement that a Committee will be set up to handle all admissions, under the leadership of the Registrar of the University to checkmate the level of admission racketeering in the University.

“This is how he celebrated you. Please rescue him”