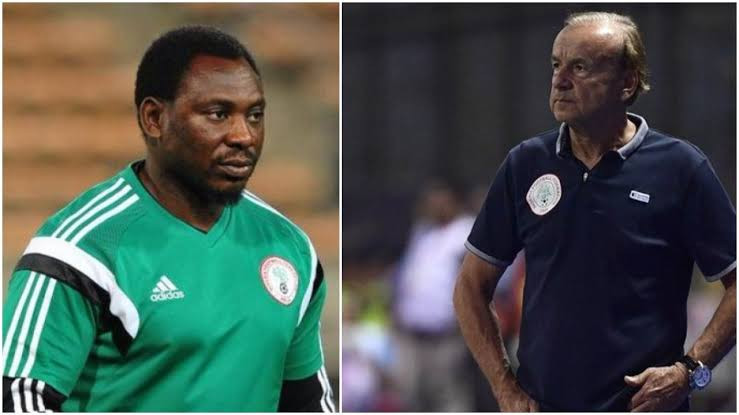 Former Super Eagles attacker, Daniel Amokachi, has blasted the Nigeria Football Federation for the new contract it gave to Super Eagles coach, Gernot Rohr which has a $2 million compensation clause.

Rohr was appointed as coach of the Super Eagles in 2016 following Sunday Oliseh’s resignation as manager of the national team.

According to Oliseh he left the post due to the failure of the federation to support him and also over his unpaid wages and contract violation.

Rohr upon taking over in 2016 guided the Super Eagles to qualify for the 2018 World Cup in Russia but failed to progress past the group stage.

Rohr who finished third at the 2019 Afcon in Egypt and was handed a new deal after the federation reviewed his job and expressed satisfaction with him.

Nigeria recently failed to beat lowly-rated side Sierra Leone in the 2022 Africa Cup of Nations qualifiers putting much criticism on the Franco-German tactician.