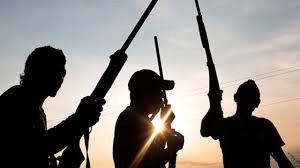 According to The Nation, the monarch was having a meeting with his kinsman in the community’s town hall on December 26 when gunmen who claimed to be policemen led by one Inspector Danladi, moved into the hall in an SUV and sought to see the royal father.

Eyewitnesses say when the traditional ruler who was presiding over the meeting was identified by the three natives, one of the ‘policemen’ immediately shot him on the thigh and he fell down bleeding. Pandemonium ensued after the royal father was shot as the natives scattered in different directions amidst sporadic shooting by the armed men, who made attempts to arrest some of them.

The royal father and one other man, Mr. Ani, who also sustained a gunshot wound, were rushed to…