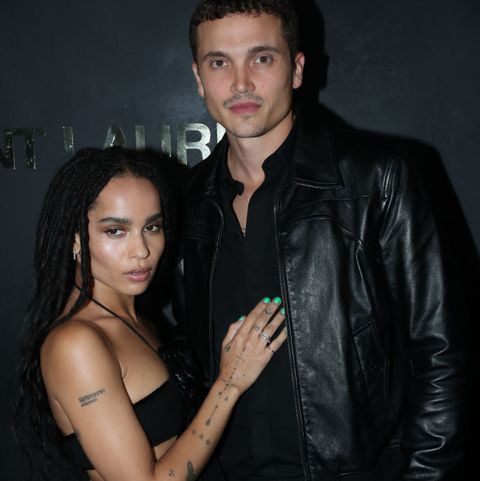 The Big Little Lies star officially filed for divorce on December 23, with her rep confirming the split to People on Saturday, January 2.

Kravitz and Glusman, who were first linked in October 2016, got married in June 2019 at the Paris home of the actress’ father, Lenny Kravitz.

The star-studded nuptials were attended by the bride’s mom, Lisa Bonet, and her stepfather, Game Of Thrones star Jason Momoa.

The actress is yet to publicly comment on the split, but over the weekend, she posted a series of pictures on Instagram with the caption: ‘New year. little things.’

The pair celebrated their first anniversary over the summer, with Kravitz sharing a black and white photo from their…