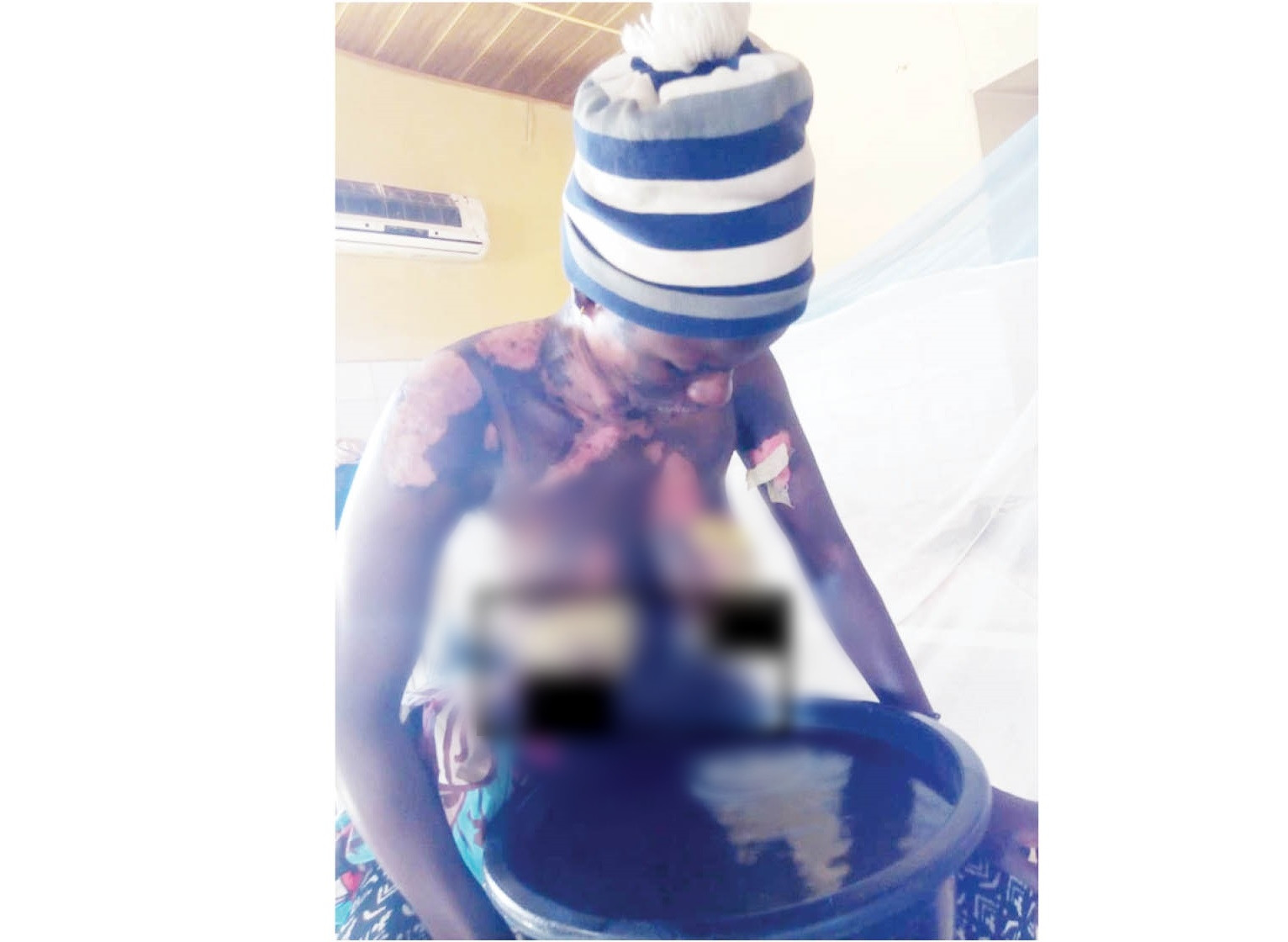 Iklima Musa, is seeking for justice after her co-wife doused her with boiling water in Plateau state.

Recall that the suspect, Justina Peter has been on the run since the incident which happened at Gindiri town in Mangu Local Government Area of the state. Read HERE

It was gathered that the women have never gotten along since Iklima joined the family as a second wife three years ago.

According to Daily Trust, after the co-wives had a serious argument, they were separated by their husband, Ate Peter Manomi.

When Iklima came out of her room few minutes later to gather her clothes from the washing lines, she was allegedly attacked by Justina who poured boiling water on her.

The attack has left Iklima with severe burns on her upper body. Their husband, Manomi rushed Iklima to a hospital and she has been on admission at the Sabon Layi Specialist Hospital, Mangu.

Narrating her ordeal to Daily Trust on Saturday, January 2, 2021, Iklima said she will not…