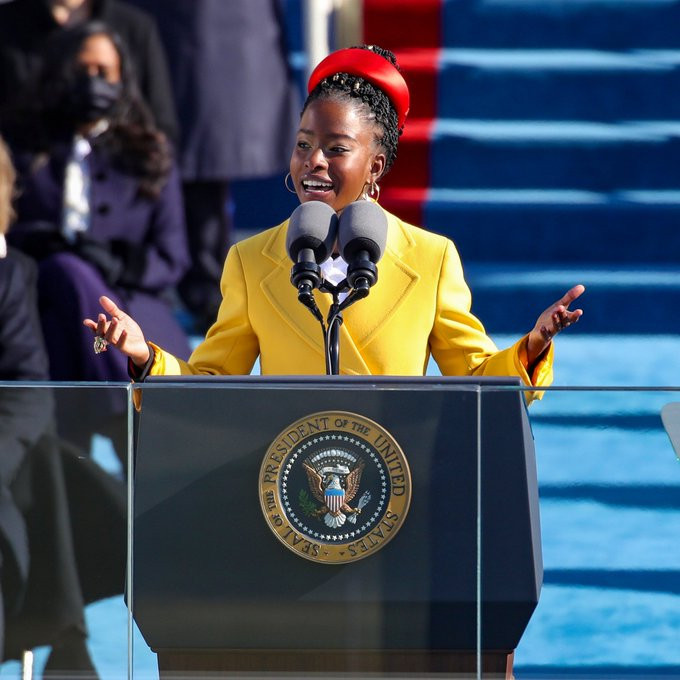 Amanda Gorman made history on Wednesday January 20, as the youngest poet in US history to read a poem at a presidential inauguration.

The 22-year-old read a powerful poem at the inauguration of US President Joe Biden and Vice President Kamala Harris.

The Los Angeles native reportedly finished writing the poem, titled “The Hill We Climb,” on the night of January 6, hours after rioters took part in a siege on Capitol Hill.

Gorman opened her poem Wednesday by saying, “We braved the belly of the beast.”

“We’ve learned that quiet isn’t always peace and the norms and notions of what just is, isn’t always justice. And yet the dawn is hours before we knew it, somehow we do it, somehow we’ve weathered and witnessed a nation that isn’t broken but simply unfinished,” she said.

“We, the successors of a country and a time, where a skinny black girl descended from slaves and raised by a single mother can dream of becoming president, only to find herself reciting for…