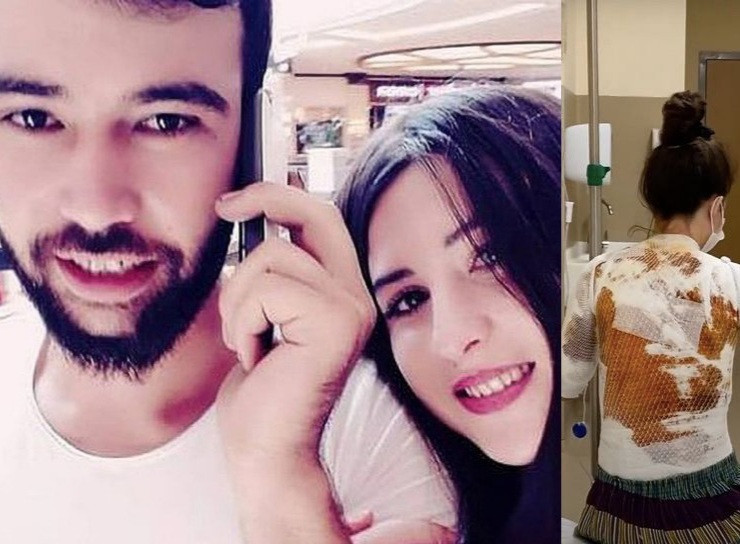 A husband has been accused of throwing boiling water at his wife in anger after she woke him up to bring him breakfast in bed as a treat.

Ali Ay, 28, allegedly poured boiling water over Rukiye Ay, 23, because he had wanted to sleep and he saw her romantic gesture as a disturbance.

As a result, Rukiye suffered horrific injuries to her back, and was rushed to hospital in Turkey on January 9.

Speaking from her hospital bed, Rukiye claimed she had brought her husband breakfast in bed as a surprise, but he was angry that she had woken him up.

Rukiya says she then left her husband alone and went to eat breakfast with her daughter but Ali followed and threatened to divorce her.

He then allegedly poured boiling hot water down Rukiya’s neck and tried to pour on her face but she turned away.

The scared mum said she tried to run away but she could feel her “T-shirt sticking” to her skin.

Convicted Yahoo boys in Abeokuta to refund $6,100 to victims