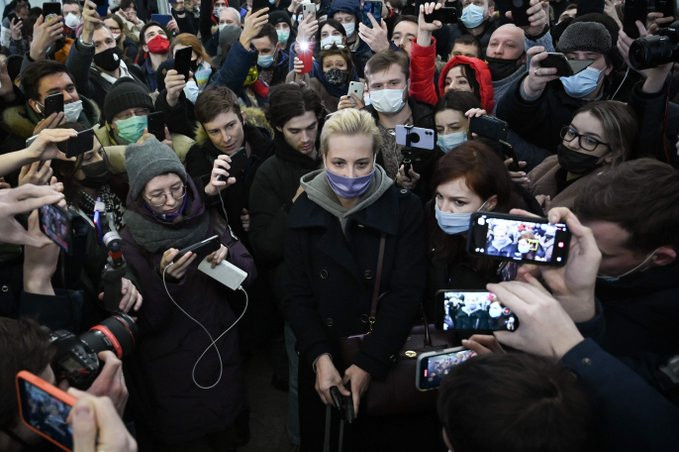 Yulia Navalnaya, the wife of Russian opposition leader and president Vladmir Putin’s main critic, Alexey Navalny, was detained in Moscow on Saturday, January 23 as protests held in support of her husband sweeps across Russia.

In a video posted on social media, Navalnaya is shown being stopped by police at the entrance to a metro station in central Moscow near where protesters were gathered.

She is then escorted to a police van. The protest in Moscow was one of dozens in rallies held in across Russia on Saturday, in support of Navalny.

This is the moment police detained Alexei Navalny’s wife in Moscow.

The footage was posted on YouTube by “Team Navalny” and shows Yulia Navalnaya being led away by authorities.

According to OVD-Info, an independent site that monitors…

Man shows off amazing transformation after 10 months of working out