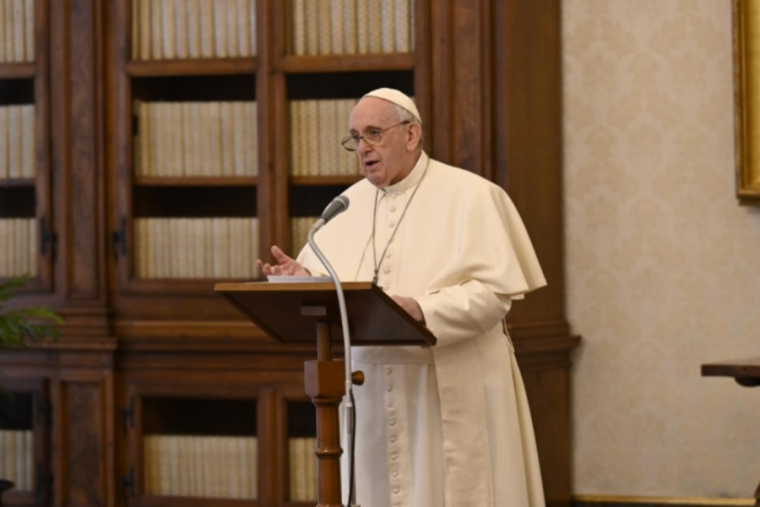 Pope Francis on Sunday, January 24, prayed for a homeless Nigerian man who died near St. Peter’s Square amid freezing temperatures.

Speaking after the Angelus, the pope led prayers for the 46-year-old Nigerian man  identified as Edwin, who was reportedly found dead by volunteers from the Community of Sant’Egidio on Wednesday, January 20, 2021.

“Last Jan. 20, a few meters from St. Peter’s Square, a 46-year-old Nigerian homeless man named Edwin was found dead because of the cold,” the pope said.

“His story was added to that of many other homeless people who recently died in Rome in the same dramatic circumstances. Let us pray for Edwin.”

The Pope then recalled a story from the papacy of St. Gregory the Great. When he witnessed the death of a beggar in the cold, the 6th century Pope ordered that all Masses be suspended for a whole day, “because it was Good Friday”

“May we be reminded of the words of St. Gregory the Great, who, when faced with the death…

Police allegedly seize two children from OAP Nedu’s ex-wife, hand them over to him

Reality star, Mercy Eke releases sultry photos with her backside on display ahead of her 28th birthday tommorow