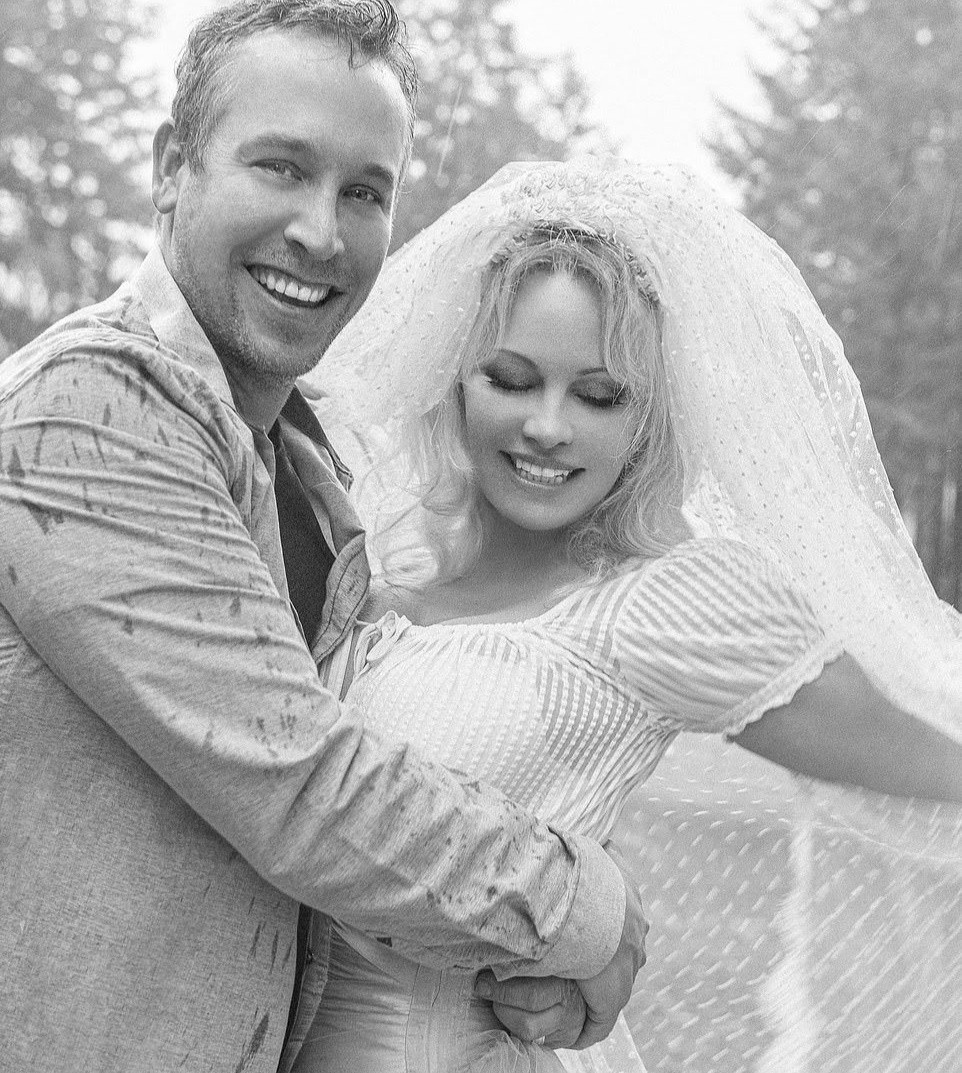 Baywatch actress Pamela Anderson, 52, is married for the 6th time, though she insists her last wedding was a ‘mock’ wedding and this is her 5th.

On Jan. 27, 2021, Anderson told The Daily Mail she’d married her bodyguard Dan Hayhurst on Christmas Eve in an intimate ceremony on the grounds of her Canadian home.

In an exclusive interview Anderson told DailyMailTV: “I’m exactly where I need to be – in the arms of a man who truly loves me.”

The star has also shared her stunning wedding photos and video.

The Baywatch star has been married multiple times.

Anderson with her current husband

She was previously married to Tommy Lee, with whom she shares sons Brandon, 23, and Dylan, 22.

The actress later married and divorced Kid Rock in 2006.

Then she married producer Rick Solomon twice — in…