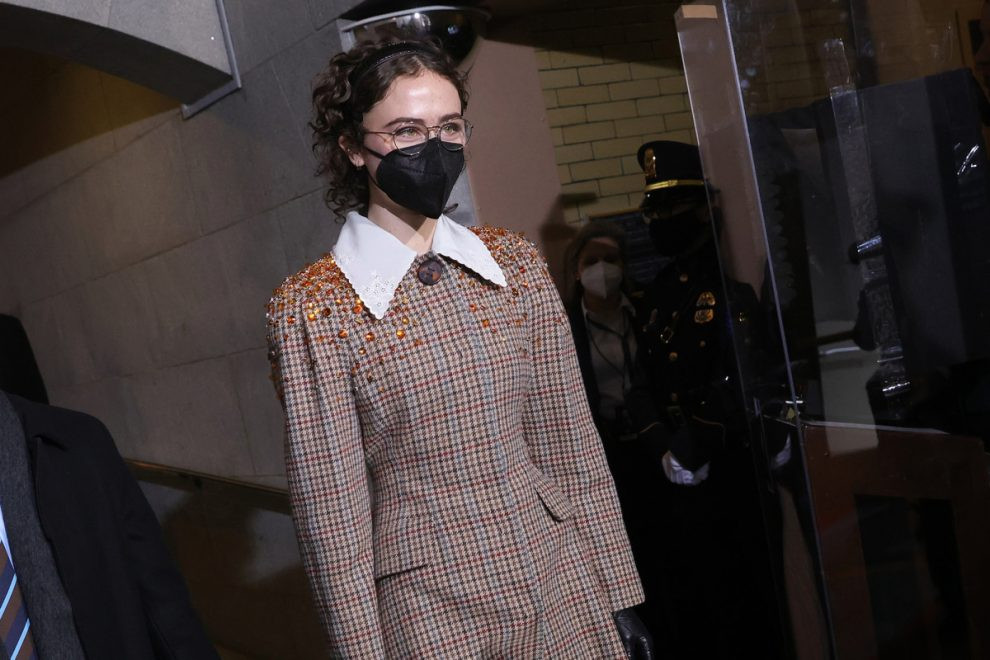 US Vice president, Kamala Harris’ stepdaughter has signed a modeling contract with IMG models after commanding attention on Inauguration Day

According to Ivan Bart, the president of IMG Models, which works with models including Bella and Gigi Hadid, Christie Brinkley, and Karlie Kloss, the decision to sign Emhoff had to do with her “authenticity”.

“It’s not really about shape, size or gender anymore,” he told The Times. “Ella communicates this moment in time. There’s a cheekiness and a joy she exudes.”

Emhoff, a fine art student at the Parsons School of Design in New York City, commanded attention after appearing at the presidential inauguration in a bedazzled Miu Miu jacket.

The president of the modelling agency also referenced Emhoff’s inauguration style, explaining that his first thought was: “Wow, she’s…