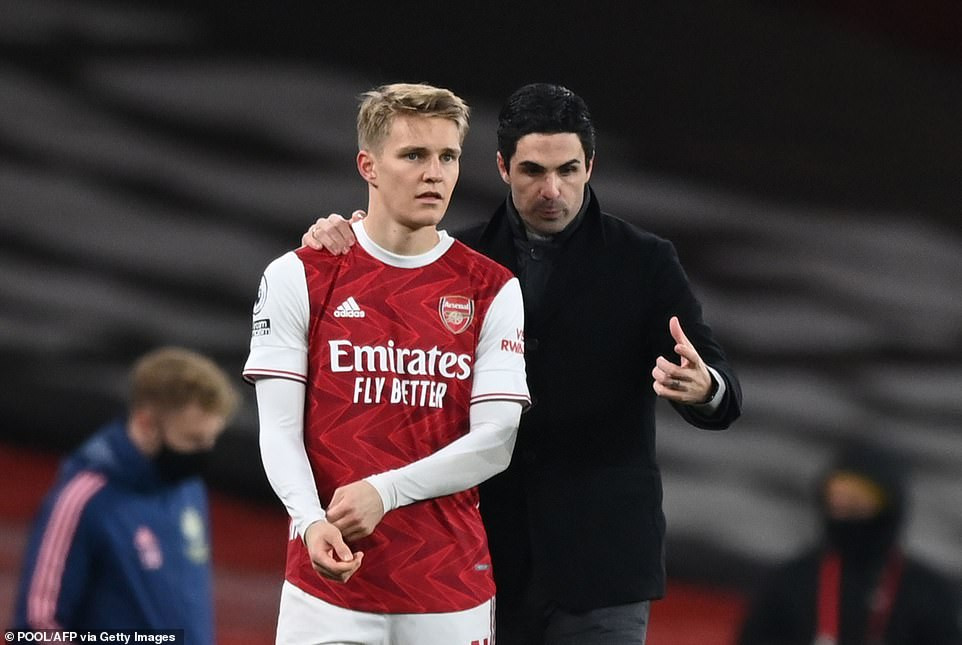 Manchester United manager, Ole Gunnar Solskjaer made five changes to the side that previously lost against Sheffield United with Luke Shaw and Victor Lindelof returning to the defence, Scott McTominay and Fred back in midfield and Edinson Cavani leading the line in attack as they played out a goalless draw with Arsenal  at the Emirates on Saturday evening, January 30, after both sides had chances to win the game.

The Gunners made one change after losing Bukayo Saka to injury while Gabriel Martinelli was drafted into the side while new signing Martin Odegaard was named on the bench.

United dominated much of the opening period, as Fred had his curled effort  tipped just wide by Bernd Leno.

Except a break forward when Lacazette shot straight at David De Gea on the 15 minute, it was pretty much all United had for the opening 25 minutes.

Rashford had his ball just taken off his toe in the area thanks to Martinelli’s diving header, while Aaron Wan-Bissaka rose to meet a…