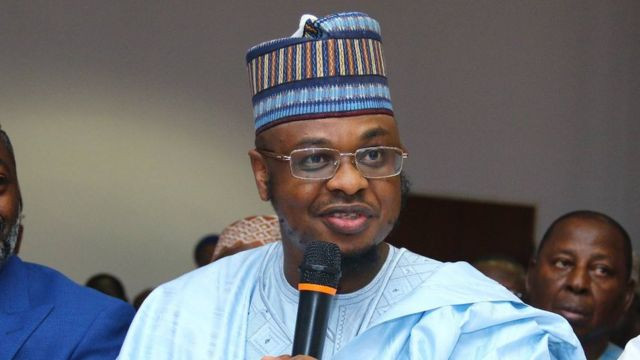 The Minister of Communications and Digital Economy, Is Pantami, has proposed to the Federal Government to replace the Bank Verification Numbers (BVN) with the National Identity Numbers (NIN).

Pantami disclosed this to newsmen shortly after a tour of telecoms operators and NIN licensees in Abuja today February 8.

Responding to challenges encountered by those with the BVN data trying to upgrade with NIN data, Pantami said

‘The challenge is that the BVN records may not be 100 percent the same with NIN but what is most important is that the NIN is the primary identity of each and every citizen, including legal residents.

BVN is a policy of a bank and has not been established by law, NIN is the only mandatory number and the primary identification of our citizens and every other identification is secondary.