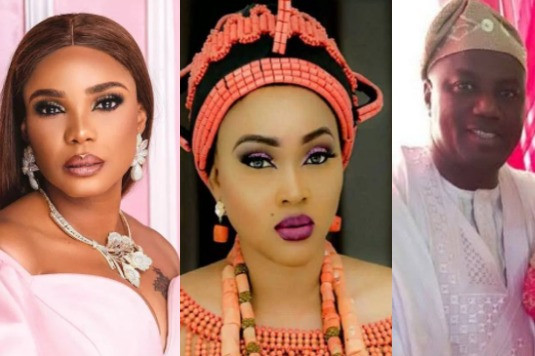 Some social media users have consistently alleged that the actresses who were once best friends and are now sworn enemies.

This afternoon, Gentry shared a TikTok video of Iyabo singing a song by veteran musician, Ebenezer Obey, in which he warned people to be careful of the way they behave.

An IG user saw his post and left a comment implying that Gentry shared the video to spite Mercy as she is reportedly not friends with Iyabo.

Responding, Gentry stated that Mercy and Iyabo are friends and cannot fight.

See the exchange below