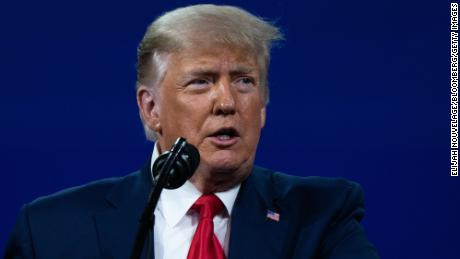 Former US president, Donald Trump was back in action in Florida on Sunday night, February 28 at the Conservative Political Action Conference (CPAC), his first public address since leaving office in January 20.

Trump told conservatives at the conference that he is considering running for the White House for a third time while also revealing that he won’t form a new political party as that will make the Republican party weaker and the Democratic party stronger.

In a ‘Trumpism’ laden speech, the former president repeated false claims of election fraud and accused Democrats of “recklessly eliminating our border”.

“They are radicals who want to turn America into a socialist country”.

He also accused the Democrats of using Covid in order to cheat the American people.

“Our election process is worse than that of a third-world country,”…